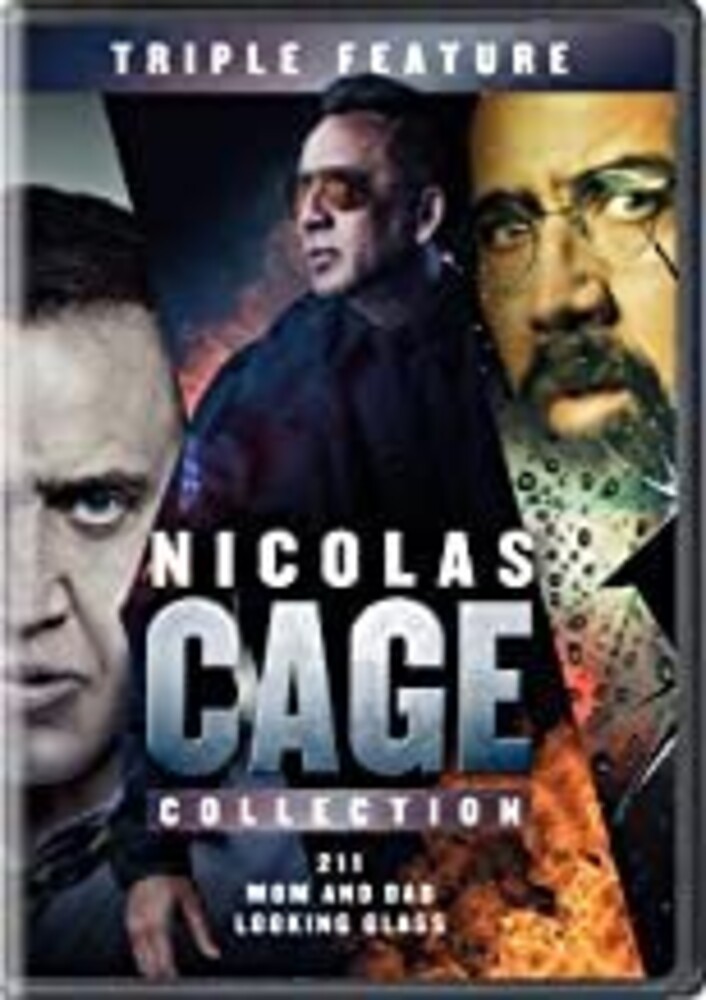 Three-disc set includes: Mom And Dad (2017)There's the wanting to kill the kids after they won't pick up their rooms or put down their phones... and there's the wanting to kill the kids after a mysterious broadcast pulse sends every parent in it's reach into an infanticidal rage. As the country dissolves into chaos, a suburban teenager (Anne Winters) and her kid brother (Zackary Arthur) face a fear-filled flight from their once-normal, now-nutso folks (Nicolas Cage, Selma Blair) in this kinetic, darkly satirical shockfest. Lance Henriksen, Marilyn Dodds Frank co-star. 83 min. C/Rtg: R Looking Glass (2018)Marrieds Ray (Nicolas Cage) and Maggie (Robin Tunney) were looking for a change when they sank their savings into a desert highway motel. However, once Ray discovers that the former owner tricked the place out with a hidden crawlspace and two-way mirrors in the rooms, the temptation to peep proves too much... and circumstance makes him a person of interest after a sultry guest turns up dead. Effective nail-biter co-stars Marc Blucas, Ernie Lively, Jacque Gray. 103 min. C/Rtg: R 211 (2018)For cusp-of-retirement cop Mike Chandler (Nicolas Cage), it was just supposed to be one of the few remaining patrols, in the company of his partner (Dwayne Cameron) and a young civilian ride-along (Michael Rainey, Jr.). Fate, however, would put them in the path of commando-trained criminals out to knock over a bank... and in the midst of one of the longest and deadliest police shootouts on record. Fact-inspired actioner also stars Sophie Skelton, Ori Pfeffer, Cory Hardrict, Weston Cage. 82 min. C/Rtg: R