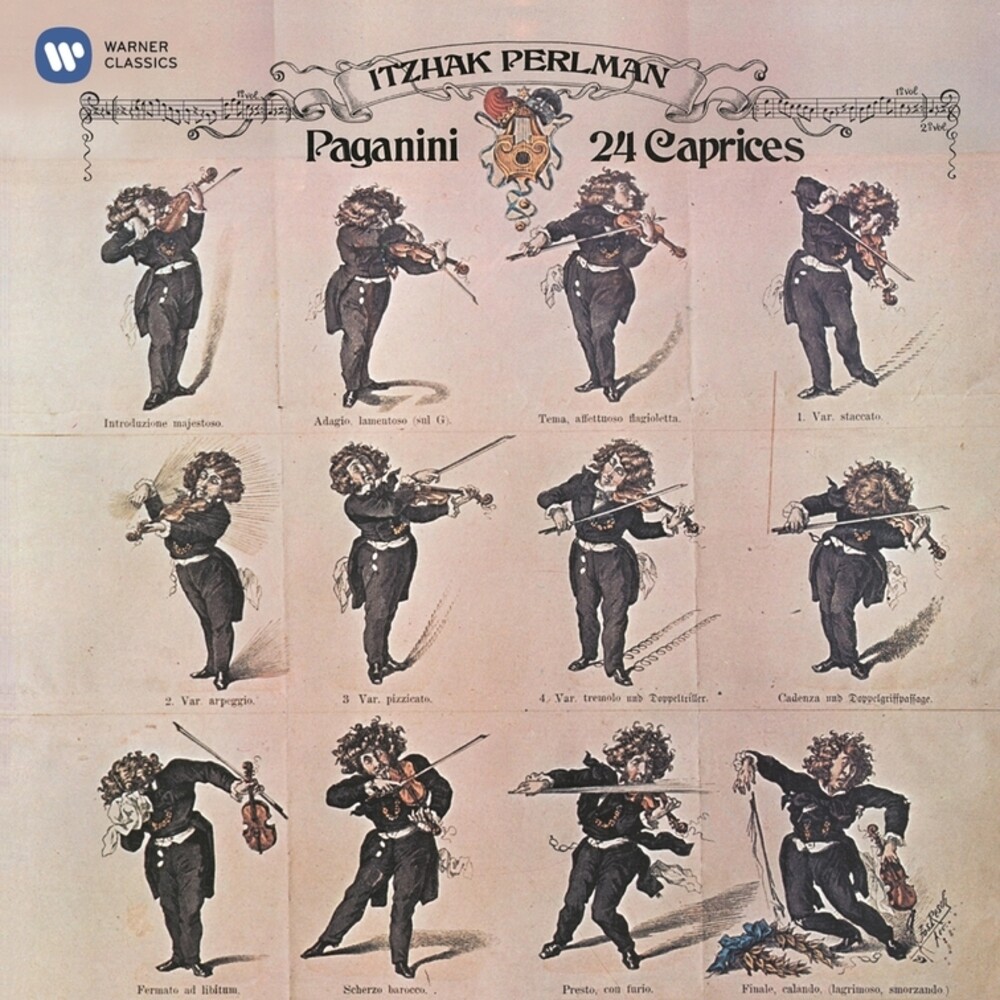 Double vinyl LP pressing. Emerging triumphant in consistent and spectacular fashion, Itzhak Perlman - always a perceptive musician - also tells a captivating story with every piece. Ever since they were first published in Milan in 1820, the 24 Caprices of NiccolĂ˛ Paganini have been regarded as the ultimate challenge for any virtuoso violinist. They are provocatively dedicated Agli artisti ('To the artists'), but few of Paganini's contemporaries were able to tackle the multiple technical demands inherent in the most astounding solo violin works yet written. In the 20th century, even allowing for the development of instrumental technique, the advent of modern recording technology and it's editing facilities, few performers in our own age have been brave enough to commit all 24 of the Caprices to disc. The legendary Jascha Heifetz recorded only three, Yehudi Menuhin only six. The Italian maestro Ruggiero Ricci, a life-long advocate of Paganini's music, was the first to set down all 24 on record. But it was Israeli-born Perlman in 1972, then aged 26, who was to make the definitive recording. Almost half a century later, Perlman's recording remains the benchmark by which all others are measured.