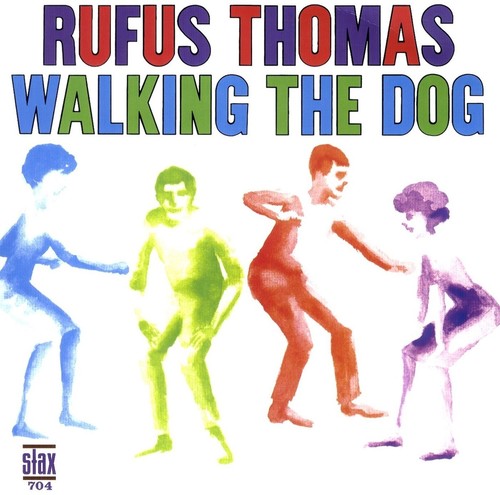 Vinyl LP pressing. One of the artists who defined Memphis soul and put Stax Records on the map, Rufus Thomas is known for liking his R&B hard-edged, gritty and earthy. That approach served him impressively well on his debut album Walking the Dog. In contrast to the sleeker, more elaborate production style favored by the Northern soulsters of Motown, Thomas rejects pop elements altogether and thrives on rawness on his hits "Walking the Dog" and "The Dog," as well as inspired versions of "Land of 1000 Dances" (which became a major hit for Wilson Pickett), Lee Dorsey's "Ya Ya" and John Lee Hooker's "Boom Boom." Thomas was in his mid-40s when these fun, infectious recordings were made, and he definitely lives up to his title "The World's Oldest Teenager" (a title later given to Dick Clark as well).
back to top