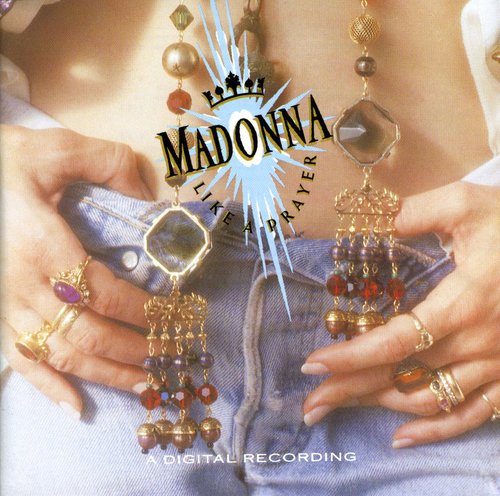 ''Like a Prayer'' is the fourth studio album by American singer-songwriter Madonna, released on March 21, 1989 by Sire Records. The RIAA certified it Quadruple Platinum on July 16, 1997, recognizing four million shipments in the United States, making it her seventh best-selling album there. It has sold more than 14 million copies worldwide. The album was also ranked number 237 on ''Rolling Stone'' magazine's list of the 500 greatest albums of all time.

The album also found success with its following singles; "Express Yourself", "Cherish", and "Oh Father", which found varied success across the globe.

"Express Yourself" and "Like a Prayer" are regarded as two of Madonna's signature songs, and along with "Oh Father" and "Cherish", have garnered much acclaim over the decades and also furthered the creativity within music videos ("Express Yourself" was the most expensive video ever made at that point). Madonna's lyrics in the album reflect her then very public divorce from Sean Penn ("Till Death Do Us Part") as well as revisiting the emotions dealt with in her family life from when she was a child through to when she was a teenager ("Promise to Try", "Oh Father", "Keep It Together"). "Love Song" (a duet with Prince) and "Keep It Together" would be revisited in Madonna's tenth studio album ''Confessions on a Dance Floor'' in the hit songs "Jump" and "Hung Up". - Wikipedia