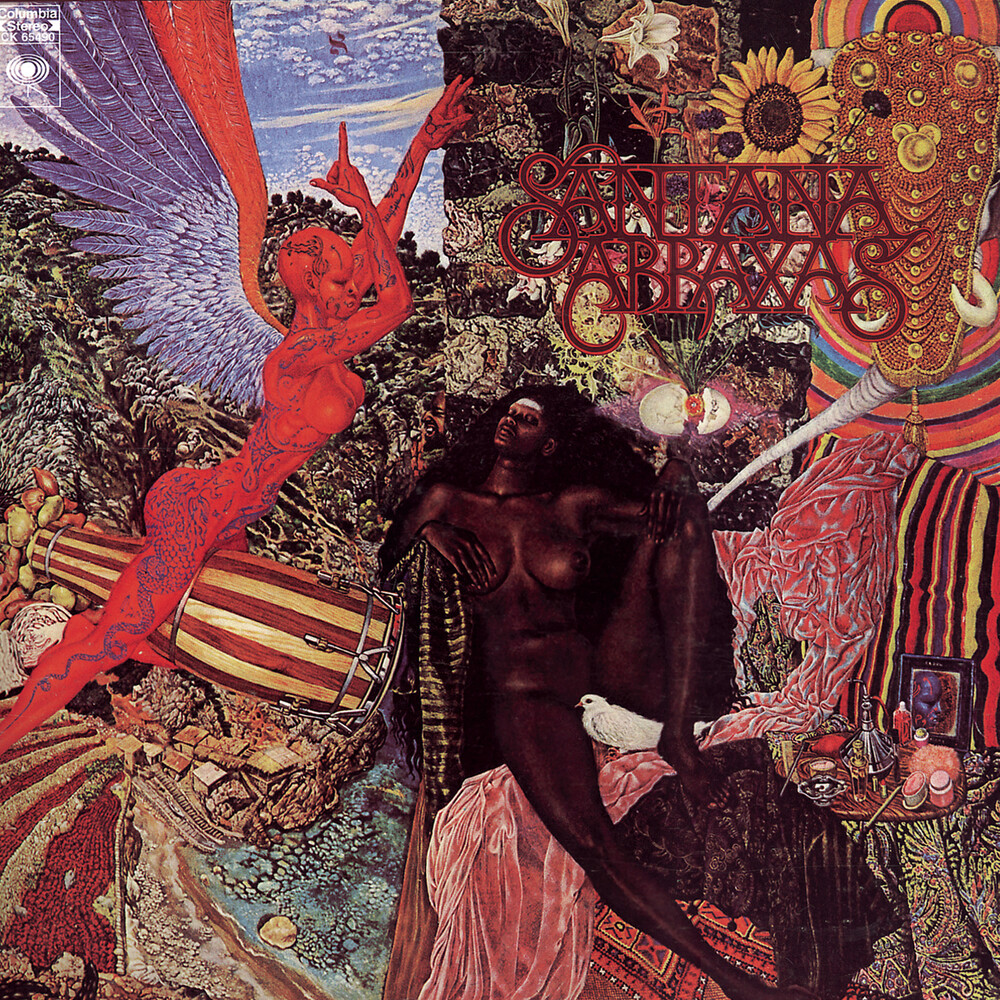 One of the most influential bands in rock, Santana pioneered "world beat" way before their time with a unique blend of rock & Latin music that proved to be as popular as it was visionary. Columbia celebrates the band's 30th Anniversary with the label by presenting expanded, remastered versions of Santana's first 3 albums. This reissue contains the classics "Black Magic Woman/Gypsy Queen" and "Oye Como Va," plus 3 previously unissued tracks recorded live in 1970 at the Royal Albert Hall (CD only).

''Abraxas'' is the second studio album by Santana, the Latin rock n' roll group led by guitarist Carlos Santana. Consolidating their live success at the Woodstock Festival in 1969, and the interest generated by their first album the band took some time to issue a follow-up. Released in September 1970, the album's mix of rock, blues, jazz, salsa and other influences made it a classic that defined Santana's early sound, and showed a musical maturation from their first album.

Often considered Santana's greatest album, it drew widespread acclaim for its mixture of Latin influences with familiar rock themes such as overdriven electric guitar, organ and heavy drums. The album also demonstrates Santana's stylistic versatility, including tracks such as "Samba pa Ti" (a classic slow-burning, seductive piece) and "Incident at Neshabur", both being instrumentals. The latter has several rhythm and time signature changes consistent with its jazz feel. Latin percussion -; congas, bongos and timbales, as well as a conventional rock drum setup, make this Santana's first foray into true Latin rhythm. In 2003, the album was ranked number 205 on ''Rolling Stone'' magazine's list of the 500 greatest albums of all time.

The album achieved number 7 in the UK album charts

The title of the album comes from a line from Herman Hesse's book ''Demian'':

The name Abraxas is originally taken from Gnostic cosmology.

In 1998 SME records in Japan, part of Sony Music, also released the remastered version as an SACD. This disc is stereo only, and furthermore, it is a single layer SACD, which means that ordinary CD players will not play it. This disc contains the same bonus tracks as the ordinary 1998 remastered CD.