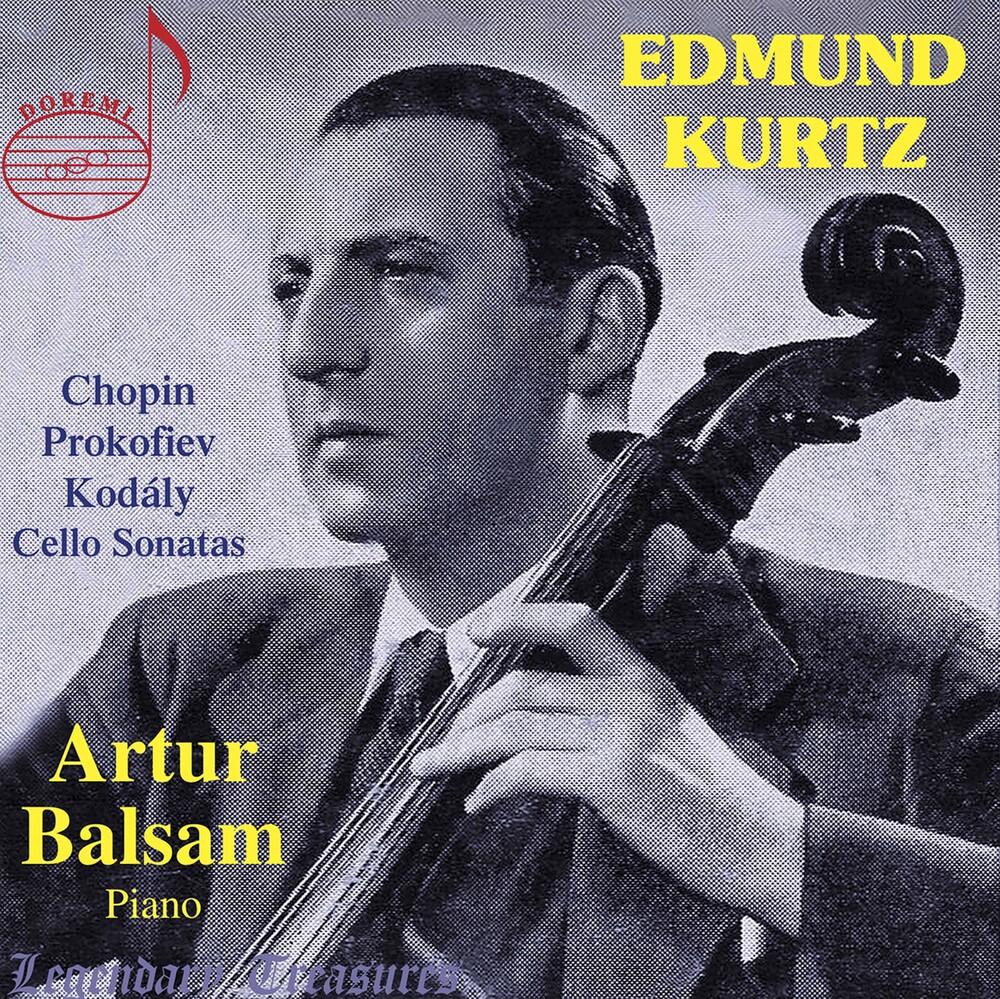 Russian born cellist Edmund Kurtz (1908 - 2004) was one of the most respected cellists of the 20th century. His international reputation led to numerous guest soloist invitations with orchestras around the world and under such conductors as Serge Koussevitzky and Arturo Toscanini. He has made many recordings, including sonatas with pianists William Kapell, Frank Pelleg and Artur Balsam. Kurtz is noted for his sumptuous, warm, creamy cello sound and his refined, clean style. The present release features Kurtz performing a program of Cello Sonatas by Chopin Prokofiev, and Kodaly, accompanied by pianist Artur Balsam.