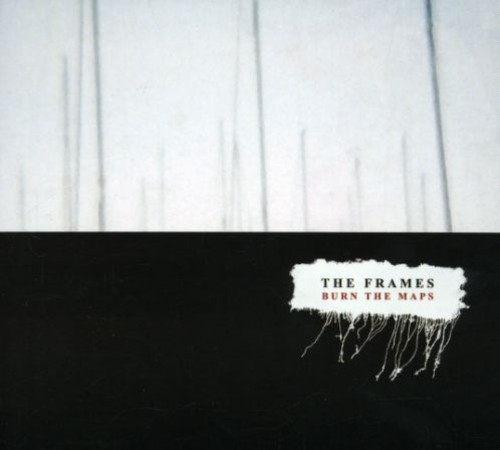 Ireland's biggest band (even rivaling U2) has built an impressive North American fan base from scratch. They put on an incredibly dynamic show and their constant touring, both on their own and with Damien Rice, Calexico, and The New Pornographers, has paid off to the point where they sell out large clubs in all the major cities. This is their fifth studio album and first for Anti. It's also their most cohesive. The band have reconciled their various personalities into one volatile organism, synthesizing gorgeous melancholy with full-blown anger. "The Frames sing about love and death and revelation. They pick folky ballads full of quiet longing; they seethe and mourn; they build crescendos and taper down to fiddle tunes and build again, making hearts surge every time"

Just when you thought U2 couldn't get any more ubiquitous or bloated they go and sell a bazillion copies of How to Dismantle an Atomic Bomb, pucker up for another Rolling Stone cover, even get their own hideous signature iPod. Bono and the boys may be Dublin lads at heart, but they've officially been an internationally traded commodity for well over 20 years now.

Luckily, the punters speculating on Dublin's musical cauldron didn't put all their chips on four aging leather daddies who named themselves after a spy plane. There may be a dearth of overwrought seven-figure chart-attacks on Burn the Maps, but then again, the Frames no longer aspire to anything as gaudy as everlasting pop stardom. In fact, Burn the Maps is the band's fifth studio album, but the first to be widely distributed in the US. (Anti- did release the band's uninspired live album, Set List, early last year.) The songs on their latest range from stark and moody folk ballads ("Happy," "Dream Awake" "Keepsake") to the occasional tight and punchy post-punk rave-up ("Underglass"), but it's violinist Colm MacConlomaire and vocalist/guitarist Glen Hansard who provide the Dirty Three and Pixies vibes, respectively. The only outright bummer is "Fake," which was released as a single in Ireland last year. If channeled similarly in the States, the song might poise the Frames for a considerably less-than-thrilling fate: the sappy adult-rock pantheon being milked dry (still) by bands like the Counting Crows and the Wallflowers. Hopefully, it won't come to that.