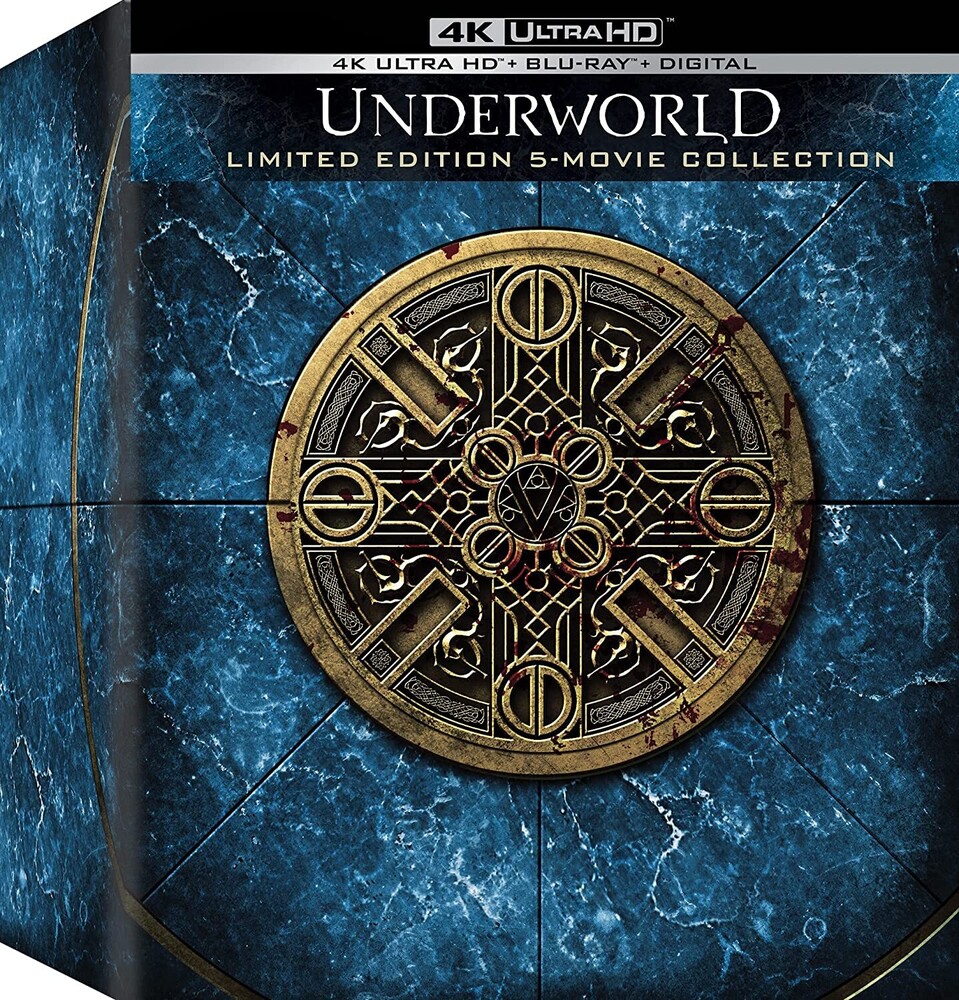 Ten-disc set includes: Underworld (2003)Super-stylish gothic horror/adventure stars Kate Beckinsale as Selene, a vampire huntress out to destroy the Lycans, the werewolf race the vampires have been warring with for centuries. Selene falls in love with Michael (Scott Speedman), a human caught between both sides in the conflict, but when he's infected by lupine disease and becomes a werewolf, Selene calls on Viktor (Bill Nighy), an elder bloodsucker leader, to intercede. With Shane Brolly, Michael Sheen. R-Rated theatrical version; 121 min./Extended version; 133 min. C Underworld: Evolution (2006)As the war between the Death Dealers and the Lycans rages on, the vampiric Selene (Kate Beckinsale) and her werewolf hybrid lover, Michael (Scott Speedman), set out to uncover the origins of the centuries-long conflict, putting them up against an ancient bloodsucker obsessed with resurrecting his brother, the original Lycan. With Tony Curran, Derek Jacobi and Bill Nighy. 106 min. C/Rtg: R Underworld: Rise Of The Lycans (2009)This prequel to the "Underworld" series goes back a millennium and traces the origin of the feud between the vampiric Death Dealers and the band of werewolves known as the Lycans. Vampire leader Viktor (Bill Nighy) finds an abandoned baby and enslaves him after discovering his Lycan bloodline, but when the slave grows to be the powerful Lucian (Michael Sheen) and falls for Viktor's daughter (Rhona Mitra), it unleashes a war of bloody proportions. 92 min. C/Rtg: R Underworld: Awakening (2012)Death Dealer Selene (Kate Beckinsale) is back-again dressed in skintight black-for this fourth installment of the popular horror/action series, as humanity goes to war against both the vampire and werewolf clans. Escaping from the corporation that has held her captive in cryogenic freeze for experimentation, the vampiric heroine proceeds to do sexy battle with her adversaries, with an assist coming from a cop (Michael Ealy) on her side. Stephen Rea, India Eisley, and Charles Dance co-star. 89 min. C/Rtg: R Underworld: Blood Wars (2017)The exciting fifth chapter in the enduring horror franchise finds Death Dealer Selene (Kate Beckinsale) pursued by her fellow vampires as well as their werewolf enemies. Drawn back into the ancient war between the two species, Selene must face the treacherous, power-hungry female vamp Semira (Lara Pulver) and the fierce Lycan leader Marius (Tobias Menzies). Theo James, Bradley James, and Charles Dance also star. 91 min. C/Rtg: R Widescreen; Soundtrack: English Dolby Atmos; featurettes.
back to top