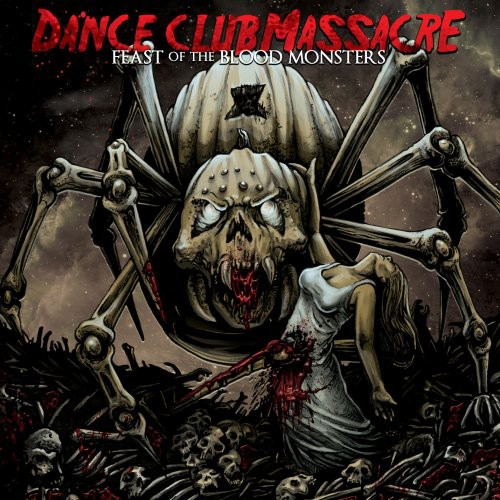 From Chicago, IL, Dance Club Massacre play an experimental blend of Grindcore interspersed with Metal, Punk and Thrash with lots of Indie Rock undertones. The general vibe of the group is a much more light-hearted than most bands in the genre with their lyrical themes primarily focusing on horror movies, partying, girls, beet and generally having fun and enjoying life. FEAST OF THE BLOOD MONSTERS was recorded with engineer Erick Butkus. There was an initial self-released pressing of 1100 copies that sold out in record time through sales at shows and online. After being brought to the attention of the label by BMA alumni, Psyopus, the now out of print release is being re-issued on BMA remixed, re-mastered and with new artwork and packaging.