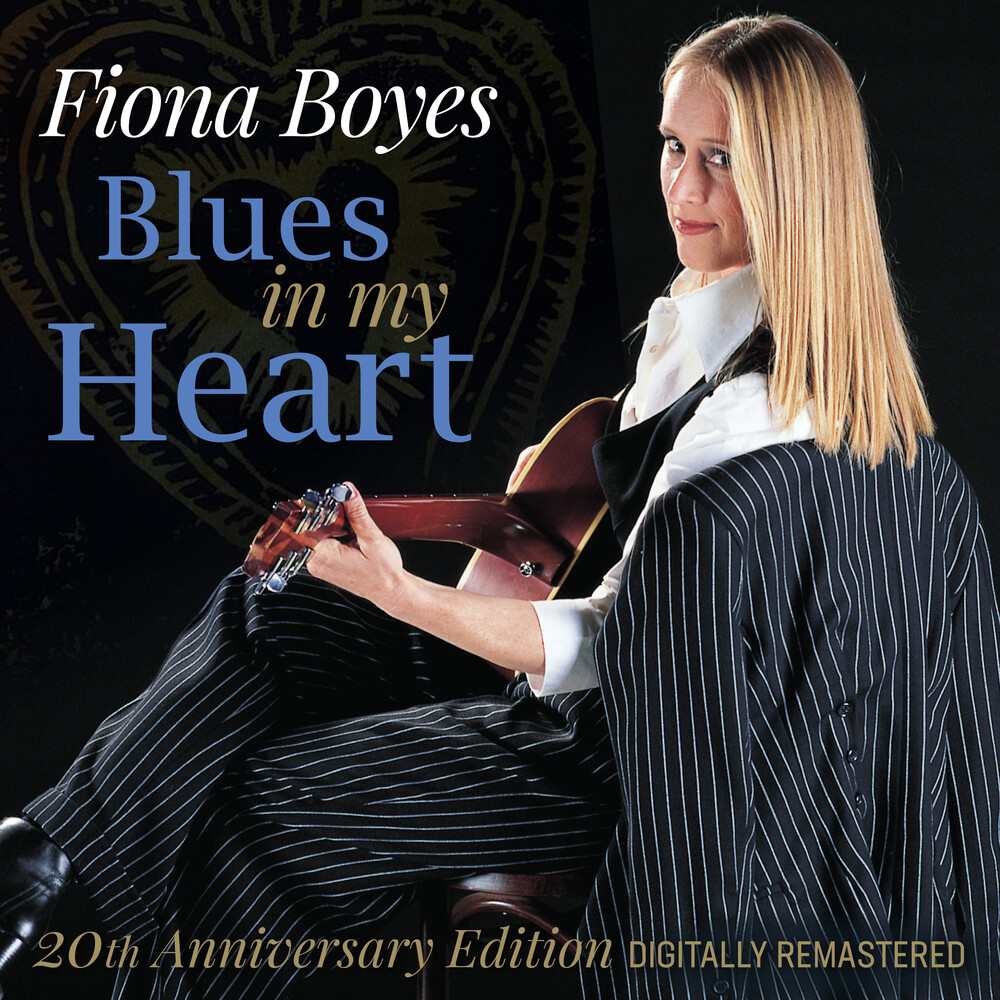 Guitarist and singer-songwriter Fiona Boyes is the only Australian ever recognized by The Blues Foundation in Memphis, earning 8 Blues Music Awards nominations. Her international following has propelled her earlier recordings to the top of blues charts. She is truly "... one of the world's best fingerpicking blues guitarists... " (The Guardian, Australia). This remastered 20th anniversary edition of her debut solo album includes Fiona's diary-style liner notes, photo memories and original folk art in a single album package. Quoting Fiona, "Blues in My Heart is an acoustic album of finger-picking ragtime blues... The 16 tracks capture a unique performance moment, much like the historical recordings of the early players I so admire."