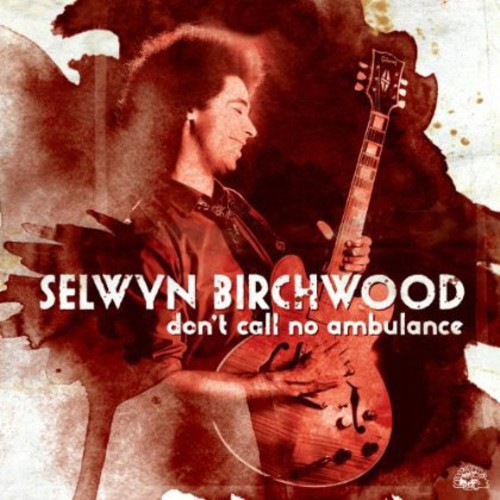 Selwyn Birchwood, Florida's rising young blues fireball, is a guitar and lap steel playing bundle of pure energy. He delivers his original songs with a revival tent preacher's fervor and a natural storyteller's charisma made all the more impactful by his raw, unvarnished vocals. Birchwood plays high-octane blues at once deeply rooted, funky and up-to-the-minute with true passion and honest emotion.

With his band feeding off his drive and exuberance, the striking 6'3'' 29-year-old with his trademark Afro roams the stage (often barefoot), ripping out memorable guitar licks with ease. His ability to win over an audience any audience is proven night after night on the bandstand. With his warm, magnetic personality, Birchwood is as down-to-earth as his music is fun, thought-provoking and vital. His mission is to spread his music far and wide, to share his joy, to play his heart out, and to push the blues into the future.In 2013, Birchwood won the world-renowned International Blues Challenge, beating out 125 other bands from the U.S. and abroad. He also took home the Albert King Guitarist Of The Year Award. It wasn't long before Alligator Records president Bruce Iglauer offered Birchwood a contract. His debut album, DON'T CALL NO AMBULANCE, is a fully realized vision of contemporary blues. Birchwood's original songs range from raucous romps to hill country stomps, from searing, serious slow blues to modern blues rock. Between his uninhibited sense of fun and adventure and his serious-as-a-heart-attack musicianship, DON'T CALL NO AMBULANCE is a window into the future of the blues.Birchwood was born in 1985 in Orlando, Florida. He first grabbed a guitar at age 13 and soon became proficient at mimicking what he heard on the radio. But the popular grunge rock, hip-hop and metal of the 1990s didn't move him, and he quickly grew bored. Then he heard Jimi Hendrix and by 17 was deep into the blues, listening to Albert King, Freddie King, Albert Collins, Muddy Waters, Lightnin' Hopkins and Buddy Guy.As Selwyn's guitar proficiency grew, a friend told him that his neighbor was a blues guitarist and had a band. The 19-year-old Selwyn went over to check it out and jam. The guitar-playing neighbor turned out to be the Texas-born blues legend Sonny Rhodes, who was instantly impressed with the enthusiastic young guitar slinger. Within one month's time, Rhodes asked Birchwood to pack his bags and join him on the road. It was an incredible experience for Birchwood, as Rhodes took the youngster under his wing, not only teaching him guitar and lap steel, but also how to conduct business, how to run a band and how to reach an audience.Rhodes insisted Birchwood go to college and always held the guitar spot in his band open for Selwyn whenever he was available. It was a win-win situation, as Birchwood through hard work and scholarships received his MBA from The University of Tampa. Combining the musical lessons learned from Rhodes and his business acumen, Birchwood, now living in Tampa, formed the current version of The Selwyn Birchwood Band in 2010.The Selwyn Birchwood Band has been touring non-stop since winning the IBC. Birchwood has opened for major blues stars including Robert Cray and Buddy Guy and has shared the stage with another friend and teacher, Joe Louis Walker (who guests on DON'T CALL NO AMBULANCE's ''The River Turned Red''). He recently had the opportunity, when performing in San Francisco, to bring his friend and mentor Sonny Rhodes on stage to sit in with his band.With DON'T CALL NO AMBULANCE, Selwyn Birchwood steps onto the world stage, bringing a new wave of blues to a new generation of blues fans. ''If I can play my music, travel the world, bring happiness to people, then I'm blessed and happy,'' he says. ''It's like Sonny always told me, 'If you follow your heart, you'll always get what you want.'''