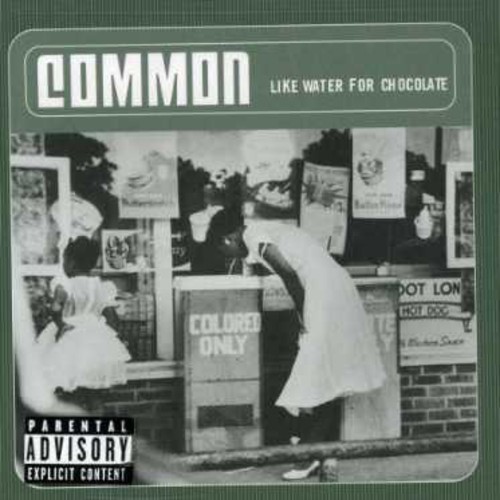 2000 release, the fourth album from the Hip Hop star. The album was a critical and commercial breakthrough for the rapper and received numerous awards around the world.

''Like Water for Chocolate'' is the fourth studio album by American hip hop rapper Common, released March 28, 2000 on MCA Records. It was a considerable critical and commercial breakthrough for Common, receiving generally favorable reviews from major magazine publications and selling 70,000 copies in its first week. The album was certified Gold on August 11, 2000 by the Recording Industry Association of America. According to Nielsen SoundScan, the album has sold 748,000 copies by March 2005. The video for "The Light" was frequently shown on MTV, adding to Common's exposure. The album also formally marked the formation of the Soulquarians, a collective composed of ?uestlove (of The Roots), Jay Dee (formerly of Slum Village), keyboardist James Poyser, soul artist D'Angelo and bassist Pino Palladino, among numerous other collaborators. This group of musicians would also be featured on Common's next album, ''Electric Circus''.

The album's cover photo, ''1956 Alabama'' by Gordon Parks, is a photo of a young black woman in Alabama, dressed for church, and drinking from a "Colored Only" drinking fountain. - Wikipedia