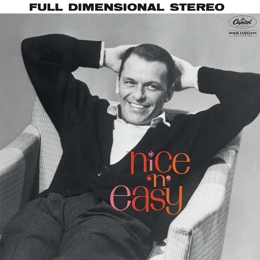 In celebration of the 60th Anniversary of Frank Sinatra's Nice 'n' Easy, the album will be remastered and released on June 5th. Features the original 12 tracks like "The Nearness of You", as well as full sessions of "I've Got A Crush on You" and "Nice 'n' Easy" that include previously unreleased alternate takes and reveals Sinatra studio chatter. 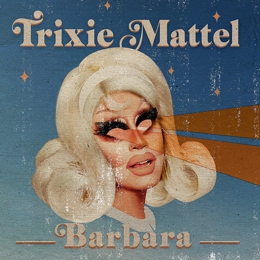 For years, Trixie Mattel has broken boundaries not only for drag performers in the music world but also for LGBTQ+ artists in the genres of country, folk and Americana. Barbara is laid out to reflect a vintage, plugged-in late 60s/early 70s vibe. It hearkens back to the introspective folk that took Trixie to the top of the charts (for her second album One Stone) with quieter country-tinged songs. 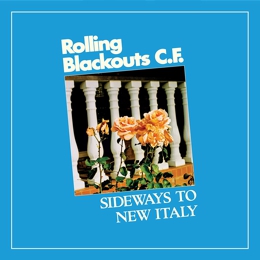 After years spent looking out at landscapes and loved ones and an increasingly unstable world, Rolling Blackouts Coastal Fever have turned their gaze inward, to their individual pasts and the places that inform them, on their second full-length, Sideways to New Italy. 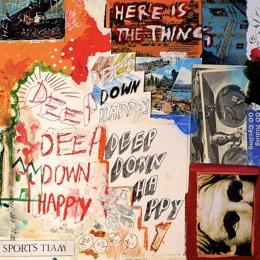 Sports Team, a band of six singular characters who have been variously described as one of the most raucous, electrifying and chaotic acts in the UK release their debut album Deep Down Happy. The highly anticipated record, is their first release on the legendary Island Records label.

Rolling Blackouts Coastal Fever - Sideways To New Italy - Sub Pop
After years spent looking out at landscapes and loved ones and an increasingly unstable world, Rolling Blackouts Coastal Fever have turned their gaze inward, to their individual pasts and the places that inform them, on their second full-length, Sideways To New Italy. Led by singer-songwriter-guitarists Tom Russo, Joe White and Fran Keaney, the guitar-pop five-piece returned home to Australia after the relentless touring schedule that came following their critically regarded 2018 debut Hope Downs. Feeling the literal and metaphorical ground under their feet had shifted, the band began grasping for something reliable. For Keaney, that translated into writing "pure romantic fiction" and consciously avoiding the temptation of angsty break-up songs, while Russo looked north to a "bizarre place" that captured the feeling of manufacturing a sense of home when his own had disappeared. The New Italy of the new album’s title is a village near New South Wales’ Northern Rivers – the area drummer Marcel Tussie is from. A blink-and-you'll-miss-it pit-stop of a place with fewer than 200 residents, it was founded by Venetian immigrants in the late-1800s and now serves as something of a living monument to Italians' contribution to Australia, with replica Roman statues dotted like alien souvenirs on the otherwise rural landscape.

Hinds - The Prettiest Curse - Mom & Pop Music
Each time they take the stage, Madrid-bred rock band Hinds create a kind of wild magic, a feel-good free-for-all often complete with synchronized dancing and giddy crowd-surfing from the members themselves. While the band s first two albums channeled the euphoric energy of their live show in their gorgeously punchy take on garage-rock, their latest full-length adds entirely new texture to their sound. Produced by Jenn Decilveo (The Wombats, Ben Platt and Anne-Marie), The Prettiest Curse finds the band letting their imaginations run more freely than ever, even as they share some of their most emotionally heavy material to date. The Prettiest Curse takes its title from the sometimes-daunting experience of giving your soul to rock-and-roll. In the making of The Prettiest Curse, Hinds devised a brilliantly unpredictable vocabulary for communicating their most painful feelings. Unfolding in frenetic guitar riffs and buzzing basslines, powerful drumming and delicate piano work, the album endlessly delivers massively catchy melodies and vocals that growl and sigh with equal ferocity. The effect of all that unrestrained expression is fantastically dizzying, made even more so by Hinds constant back-and-forth between their native tongue and English.

The Ghost Inside - The Ghost Inside - Epitaph
The Ghost Inside is a Los Angeles-based hardcore band. They began as a group of friends in El Segundo, CA united by their shared passion for bands in the hardcore scene. The group stands for authenticity, dedication, perseverance and the most literal adherence to the core values behind their craft. Sonically, the group places equal emphasis on deeply personal vocals, urgent riffing and pile-driving breakdowns within the framework of their heavily melodic modern hardcore.

Sondre Lerche - Patience - Sondre Lerche LLC
Norwegian indie-pop auteur Sondre Lerche has returned with his most ambitious and eclectic work to date in the form of his ninth studio album, Patience. Written over 6 years, and recorded mainly in Norway, the inspiration came from ambient music, running marathons and a quest for serenity. At 16, Lerche’s melodic debut, Faces Down, won a Best Newcomer Norwegian Grammy; it was followed by Two Way Monologue. Patience gives homage to these early works but with wisdom he’s gained over the years.

Norah Jones - Pick Me Up Off The Floor - Blue Note Records
Norah Jones ’ seventh solo studio album Pick Me Up Off The Floor features collaborators from Brian Blade to Jeff Tweedy, and grew out of her acclaimed singles series of the past 2 years as the songs she hadn’t yet released unexpectedly congealed into an album of tremendous depth and beauty connected by the sly groove of her piano trios, lyrics that confront loss and portend hope, and a mood that leans into darkness before ultimately finding the light.

Kenny 'Blues Boss' Wayne - Go, Just Do It! - Stony Plain Music
Go, Just Do It!, Kenny 'Blues Boss' Wayne's newest album (June 12 on Stony Plain Records), finds the Boogie Woogie Hall of Famer applying his tremendous talent to an energetic recording of top-shelf good time blues. The album is 13 tracks of originals which include Kenny's arrangement of two Percy Mayfield songs and one by JJ Cale.  Showcasing the magnificent horns of Jerry Cook and Vince Mai, harmonica player Sherman Doucette and Grammy-winning vocalist Diane Schuur, the album will also feature Maple Blues winning vocalist Dawn Tyler Watson, Julie Masi of Juno Award-winning group The Parachute Club and Cory Spruell (aka SeQuaL) rappin' on ''I don't want to be the President.''  Legendary blues piano master Kenny ''Blues Boss'' Wayne was inducted on August 9, 2017 into the Boogie Woogie Piano Hall of Fame in Cincinnati, Ohio. He is hailed by Living Blues Magazine for his six-decade career of bringing the piano back to the front ranks of contemporary blues. This Juno Award winner and multi-Maple Blues Award winner is at the forefront of modern day blues piano.

John Scofield/Steve Swallow/Bill Stewart - Swallow Tales - ECM
Guitarist John Scofield celebrates the music of his friend and mentor Steve Swallow in an outgoing and spirited recording, made "old school" style in just one day in New York in March 2019. "I love these songs", says Scofield of the selection of Swallow compositions explored here. The rapport between Scofield and Swallow is evident in every moment. Behind the drum kit, Bill Stewart, a close associate of Scofield's since the early 90s, is alert to all the implications of the interaction.

For more information on these and other releases out this week, check out our New Releases charts by week section.

Jaime Wyatt - Neon Cross - New West Records
If there’s one lesson to be gleaned from Jaime Wyatt's latest album, Neon Cross, it’s that life goes on. And through it all—good times and bad, dreaming and desperation, there is truth. When it came to capturing that truth on tape, Wyatt had some assistance from Shooter Jennings, who produced Neon Cross. Together, she and Jennings boldly color outside the country lines, taking a wide-lens sonic and stylistic approach to the songs on Neon Cross.

Kip Moore - Wild World - MCA Nashville
Multi-PLATINUM singer/songwriter Kip Moore’s highly anticipated fourth studio album Wild World is released this week. Co-writing 12 of the album’s 13 insightful tracks, he navigates the search to find a place and purpose. Throughout the album, that search is revealed in deeply personal terms, with Kip even co-producing the set. The weathered heartland-rock sound Moore has embraced gets its emotional volume pumped up, recorded live with a full band. CD includes a free poster offer, valid thru 12/31/20.

Christian Lee Hutson - Beginners - Anti
The buzz around Christian Lee Hutson started in earnest in 2018 after he began his collaborative friendship with singer Phoebe Bridgers. Hutson co-wrote songs with Bridgers for both the EP of supergroup boygenius (ft. Julien Baker, Phoebe Bridgers, and Lucy Dacus) and her 2019 release with Conor Oberst, Better Oblivion Community Center. The emerging folk artist received further critical attention after Bridgers invited him to Eaux Claires Festival last July, where he performed a solo set and earned praise from festival host Bon Iver. Eventually, Bridgers asked if she could produce an album for him. Engineered and mixed by Joseph Lorge (Blake Mills, Perfume Genius), the forthcoming release also features contributions from Bright Eyes pianist Nathaniel Walcott. To merely call Christian Lee Hutson an old soul would be to deny the vibrancy of his sound. Hutson writes songs that the SF Bay Guardian describes as, "... Foreboding, bluesy love ballads laden with longing nostalgia." For Fans of Phoebe Bridgers, Elliott Smith and Bright Eyes.

For more information on these and other releases out this week, check out our New Releases charts by week section.

A NOTE ABOUT RECORD STORE DAY 2020

Due to the current circumstances RSD 2020 has once again had to adapt and here is the latest information from Record Store Day:

Since 2008, Record Store Day has grown into the world’s largest single-day music event, shining a light on the culture of the indie record store across the globe. In 2020, that world is different, so Record Store Day will be too. RSD is now scheduled to be celebrated with special, properly distanced release dates on Saturdays in August, September and October.

Record Store Day will look very different this year, but supporting indie record stores may be more important than ever. We don't know what sort of rules will be in place, or what sort of gatherings people will be in the mood for this year, so we're focusing on the music and getting the really great titles on the RSD Official List this year into the stores and into your hands, in the most financially and socially responsible way.

The titles on the RSD 2020 Official List, launched on March 5th, will be released at participating record stores on one of these three RSD Drops: August 29th, September 26th, and October 24th.   The new version of The List, with newly assigned RSD Drops dates will launch on June 1 so check back here for a look at when you'll be able to pick up the titles on your RSD 2020 wishlist at your local record store.